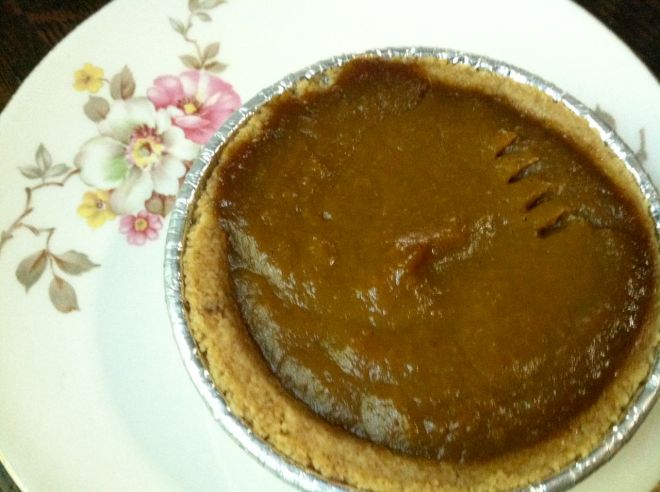 So after making the tiny lemon pies, there were some crusts leftover. We had a can of organic pumpkin, some spices, and a container of almond milk. Hmm. Not quite the ingredients for pumpkin pie, but what’s the worst that could happen, right?

As it turns out, it was delicious, and even my picky husband couldn’t tell it wasn’t the “real” thing. Now I want to see what else I can fake!

“Recipe”, just for the record:
1 can of organic pumpkin, a tablespoon of cinnamon, and a teaspoon of both nutmeg and ginger. 1/4 cup vanilla almond milk. Beat with an eggbeater till fluffy, spoon into tiny crusts, bake at 300 for about 20 minutes, or until it looks like pie. (ie. doesn’t quiver, fork comes out clean)